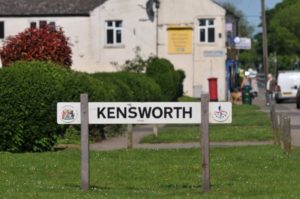 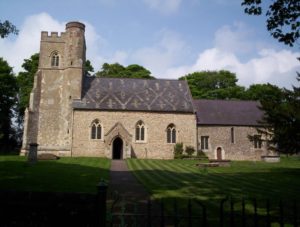 Ghosts that haunt Kensworth. These consist of a headless milkmaid, a witch and Shuck (Anglo-Saxon scucca or sceocca: Satan), a one-eyed black retriever.

Headless Milkmaid
The church of St Mary the Virgin at Church End, Kensworth and a nearby footpath, which runs north from the churchyard, are haunted by a headless spirit. The ghost appears to be a milkmaid, complete with yoke from which hang two pails. Her most striking feature is her singular lack of a head! She walks down the path coming from the direction of the woods to the north and enters the churchyard.

There are three local legends as to the origin of the ghost. The first has it that she was waylaid and murdered as she walked down the path. The second version of her death claims that she was killed by farm machinery in the early nineteenth century. In the third legend she dies a natural death and then her lover takes her head so that part of her can remain with him forever.

Incorporeal Witch
The footpath which runs from Beech Road, to the north of Church End, towards the church is haunted by the ghost of a witch. The ghost is said to be that of an old woman, wearing a black four cornered hat, which would date her to the late eighteenth century.

She follows the path from the woods, which lie three hundred metres to the north of the church, until she reaches the stile (now including a gate) into the churchyard, but there she stops. Instead of entering the churchyard she angrily shakes her fist at the church. Legend has it that a local witch was forbidden to enter the churchyard and now she spends eternity venting her anger at the church.

Coffin Walk
The footpath runs between Common Road and Hollicks Lane and is also known as the Coffin Route. The reason for its more gruesome name is because in the past people who could not afford a hearse to take a body to St Mary’s churchyard at Church End would carry the coffin along the path.

Shuck
Black Shuck, Old Shuck, Old Shock or simply Shuck is the name given to a ghostly black dog which is said to roam the countryside. Descriptions of the creature’s appearance and nature vary considerably; it is sometimes recorded as an omen of death, but, in other instances, is described as companionable. The shuck is describes as having seen as a black shaggy dog, with fiery eyes and of immense size, and who visits churchyards at midnight. 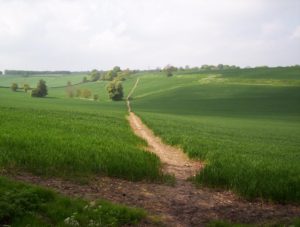 Pictured below the Witches Gate 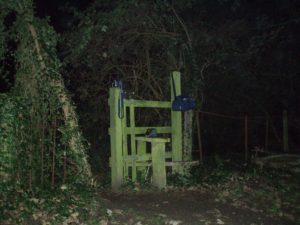 Below: Picture frames taken from the above film of the stickman experiment 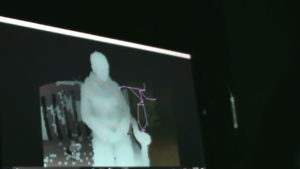 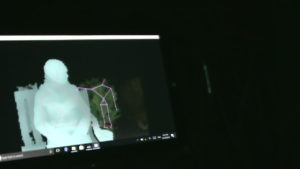 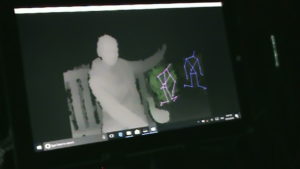 Pictured below; A strange mist seen above the graves 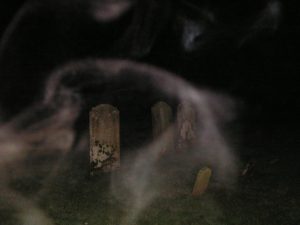